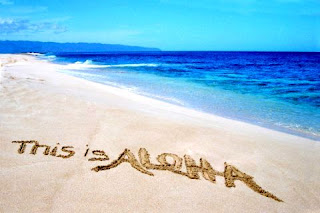 Today's post is inspired by An Island Life blog. Just post a random question on your blog. You can link your post to the McLinky on An Island Life's blog. Its a good way to find new bloggy friends!
What are your favorite TV Shows? Why? Found anything good lately?
I love to DVR my favorite TV shows or watch them On Demand. My favorite shows are on HBO & Showtime. They have no commercials and don't bleep out the curse words. LOL! My favorite show lately is a re-discovery. Nurse Jackie. Its a 30-minute series on Showtime on Monday nights. I watched a bit of the first season but didnt get into it. Then one day I was bored and watched the whole first season On Demand, before the second series premiered. I loved it! Now I am enjoying watching the second season. Nurse Jackie is a nurse (obviously) and struggles with pill addiction, cheating on her husband, while doing good deeds in her everyday life. She is portrayed by the wife from the Sopranos. Forgot her name.
Another fave thats always been a fave is United States of Tara, which is currently also in its second season on Showtime, following Nurse Jackie on Monday nights. It is written by Diablo Cody (Juno) and is about a mom who has multiple personality disorder and her struggles with that. 30 minute show. Love it!
True Blood is another fave and if you haven't seen an episode, your living under a rock. Its on HBO and the third season premieres this June. They are currently re-airing the second season and some bonus shorts will be aired starting this coming Sunday following the re-aired episodes. You can purchase the first season on DVD and the second season will be coming to DVD this month. The green light has already been given to tape a fourth season. The series is loosely based on the books The Sookie Stackhouse Novels/Southern Vampire Mysteries by Charlaine Harris. I have read the first book (excellent) and there are 9 books in all. The first book was published about 10 years ago. The series rovolves around the main character Sookie Stackhouse (Anna Paquin) and her vampire boyfriend Bill Compton (Stephen Moyer) and the fictional Louisiana town Bon Temps and its colorful inhabitants. It is a 1 hour show.
Another fave is The Vampire Diaries on the CW and it is one of the only non-cable series I watch. The first season is currently wrapping up on the network. The series is loosely based on the books of the same name by L. J. Smith (L. Jane Smith). The first 4 books were published in the early 1990's and three additional books have been published in 2009, 2010, and the last will be published March 2011. The story is centered around the main character Elena Gilbert (Nina Dobrev), her vampire boyfriend Stephen Salvatore (Paul Wesley), his vampire brother Damon Salvatore (Ian Somerhalder) and the creepy town of Mystic Falls.
Big Love is another fave on HBO, they just wrapped up the 4th season. The show is based on a fictional polygamist family in Utah. The main character Bill is a businessman and has three wives, and tons of children. The show is full of drama and keeps you on your toes!
Last but not least is Dexter, a long time favorite on Showtime. The 4th season wrapped up last fall/winter. The show is based on Dexter, a man who murders murderers. He's kind of a Robin Hood of sorts... of killers. (SPOILER ALERT) Last season his wife was murdered and I am looking forward to next season. It will be interesting to see what direction Dexter's life takes, as he had just become a new father.
Wow I didn't think I would write so much! What are your favorite TV shows??
Posted by Mary512 at 4:23 PM

Email ThisBlogThis!Share to TwitterShare to FacebookShare to Pinterest
Labels: NaBloPoMo

I am Harriet said...

I just started watching Pawn Stars. It's like Antique Roadshow for the regular person.

Have a great weekend!
http://harrietandfriends.com/2010/04/do-you-carry-proof-of-citizenship-with-you/

Oh ya, my relatives were talking about that show at my family reunion this past weekend! I'll have to check it out.

Stopping by from SITS!

My favorite TV show will always, always be Sex in the City :) Although these days I like watching Entourage with my husband.

I have not been watching that much television lately. Been catching up on old shows like Big Love, Weeds and things on Netflix. When I do watch it is usually Grey's Anatomy. Lost interest in Desperate Housewives this season and Private Practice. Really like "Who Do You Think You Are" laterly. Wish I would remember to watch Big Bang Theory since it is really funny.

Hi
I stopped over from SITS on blog frog. I'm your newest follower!

I love Dexter! I didn't to but then my husband was all into it and I got hooked. =)

Since I have gotten DVR, I watch way too many shows. I love Chuck, Gossip Girl, One Tree Hill, Life Unexpected, American Idol and more :)

american Idol and HOUSE along with Ghost Whisperer are my favorites

Thanks everyone for your input!