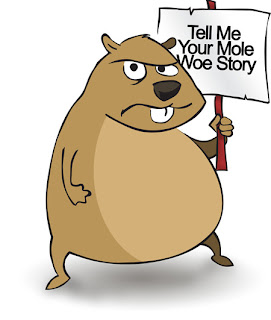 Hence, the “I Hate Moles Because…” contest was born. Designed to ferret out the most aggravating mole stories and the most creative solutions for getting rid of the pesky critters, it seems to have worked.   Thousands of people have expressed themselves over the past three years, and it’s clear that the group therapy thing is really working.  “People from across America have penned their “mole woe” stories and lots of them have won cool prizes for their efforts,” says Stew Clark, Sweeney’s Director of Research and Development.   (Winning entries from 2009 can be viewed at www.wrsweeney.com).
While venting may make you feel better, Clark cautions that it’s not easy to get rid of these varmints.   “There isn’t one sure method to get rid of moles – you have to work at it.  You have to be flexible and willing to try different things.”
The contest rules are simple. If you or someone you know has ever resorted to measures of Caddyshack proportions – or beyond – Sweeney’s wants to hear about it.  Submit your written mole woe story or video and what you did about it (if anything.)
If our esteemed panel of judges likes your story or video, we’ll post it on our website.  One lucky winner will receive a $500 gift card to Lowe’s Home Improvement.  Ten runner-ups will receive a gift basket filled with an arsenal of mole control solutions from Sweeney’s.
To submit your written contest entry or link to your video (up to 3 minutes in length), visit www.wrsweeney.com.  Contest entries may also be submitted directly to the judges at carolyn@ryan-pr.com or by mail to:
Sweeney’s “I Hate Moles Because…” Contest
2244 Dunroyal Drive
St. Louis , MO 63131
Here’s the small print:  We won’t give your information or e-mail address to anyone else, for any reason, under any circumstances. However, Sweeney’s retains the rights to publish any stories submitted to us about why you hate moles.  Odds of winning depend on how your mole woes compare to other contestants’ mole woes. Contest entries must be received by 11:59 PM on Tuesday, August 31, 2010 to be eligible.  Winners will be announced at www.wrsweeney.com on Friday, October 1, 2010.
# # #
About Sweeney’s:
Headquartered in St. Louis , Missouri , Sweeney’s is an industry leader in developing safe and effective home pest control products.  Sweeney’s was founded in 1892. In 2005, the company was purchased by Senoret Chemical Company, makers of the TERRO® brand of ant control products. Today, Sweeney’s products, including baits, traps and repellents for controlling moles, gophers, rodents and nuisance wildlife, are widely distributed at leading retailers nationwide. For more information on Sweeney’s products, call 1-800-837-7644 or visit http://www.wrsweeney.com/.
-Courtesy of Sweeney's 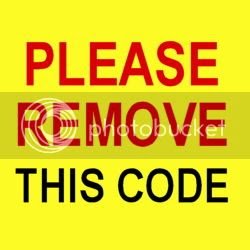 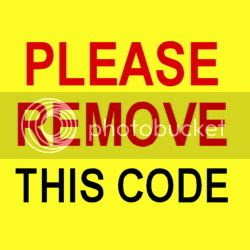